The Diamond Circle - A Must-See Attraction 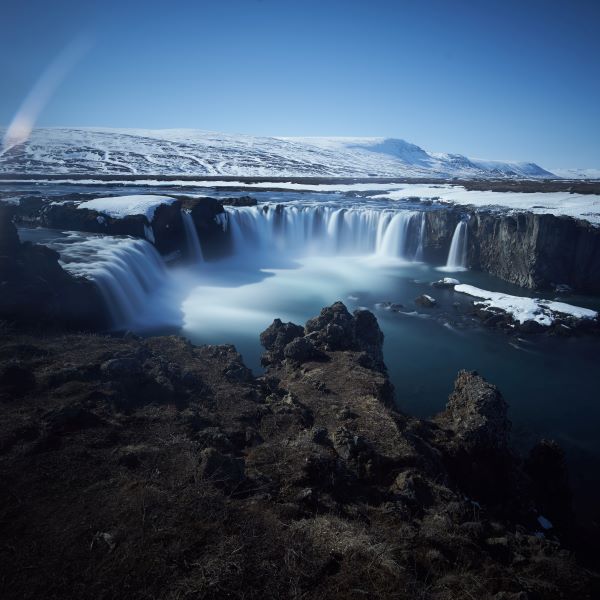 What is The Diamond Circle?

The Diamond Circle is a fine gem and most definitely a must-see attraction. Put into comparison with The Golden Circle and the Silver Circle, The Diamond Circle is known by fewer people. It is a 250 kilometer (155 miles) circuit filled with outstanding attractions, though these five main tourist sites stand out a little more. They are nonetheless Goðafoss, Lake Mývatn, Dettifoss, Ásbyrgi Canyons, and Húsavík.

These are just a few destinations, however, this route connects to plenty more breath-taking sceneries that will leave you jaw-dropped.

The Diamond Circle is still a quite popular route, but way less crowded than any tourist spot near Reykjavík. Here you have the perfect opportunity to take a clear shot.

When exploring the Diamond Circle, I strongly recommend taking this exquisite route by car simply because you are in no way restricted. You are the boss of your own time and you are not “stuck” with only the chosen destinations, as you would be should you have chosen a tour bus instead.
Also, by renting a 4x4 vehicle, you will be able to drive through all the off roads smoothly.

The route itself with no stops will take about 4 hours to get through but I don’t see that being a possibility. The vibrant landscape surrounding you will be too hard to resist.

Goðafoss waterfall (pictured at top) is one of the foremost famous waterfalls in Northern Iceland, located about 34 kilometers (21 miles) away from Akureyri. The translation of Goðafoss is “Waterfall of the Gods,” and is a must-see attraction in The Diamond Circle as it gleams angelically and is truly unforgettable.

The water makes its course right into the river named Skjálfandafljót, which is one of the largest rivers to be found in Iceland that drops from a height of 12 meters (39 feet) and is over 30 meters (98 feet) wide.

Goðafoss is split into two main waterfalls and then there are a couple of small ones around creating a half-circle. The waterfall got its name as Þorgeir Ljósvetningagoði decided to throw old Nordic gods into the waterfall to riot against the old paganism.

Lake Mývatn is a very eye-pleasing sight and it is surrounded by such impressive landscapes. It is the most popular attraction site in The Diamond Circle route and is definitely a must-see!

Many choose to bathe in the geothermal hot spot, while others might have a place of interest in a nearby tourist spot, Grjótagjá Cave which is also a geothermal hot spring. This place is popular in particular due to the fact that a scene in Game of Thrones was filmed here.

Try the water out for yourself but beware, the water can be quite hot! In the 70’s it was quite a popular place to bathe in up until the point when the water simply got too hot. It wasn’t until the year 2004 where the water temperature dropped, and you could set foot in it again.

It’s a tiny but glorious cave and even though you might not have watched Game of Thrones, dare I say you visit both? It will most certainly be worth your while. 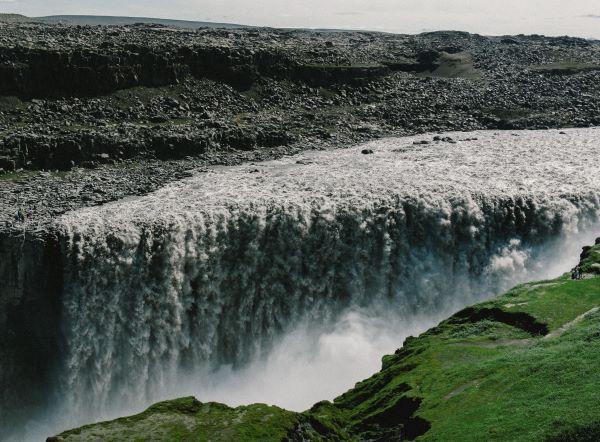 In contrast to Goðafoss, Dettifoss waterfall is not known for its appearance but rather the powerful energy that gets sent our way. Dettifoss is additionally known to be the most powerful waterfall in Europe which can be seen from miles away. Dettifoss is fed naturally by Jökulsá á Fjöllum that comes from the mighty glacier, Vatnajökull.

The average water flow during the summer is about 400 m3/s which forcefully throws itself down 45 meters (147 ft). There are plenty of paths around the beast, as some call it, which you can freely explore. Dettifoss has a great width of 100 meters (328 ft) and you can encounter the waterfall from both sides.

Ásbyrgi Canyon, also called The Shelter of the Gods, is a great rock-formation taking shape like a horseshoe. This resulted in people believing it was Odin’s mighty horse, Sleipnir, who made this extraordinary shape as one of its significantly large hooves touched grounds creating a deep hole. We might have to thank him for creating this wonderous paradise!

Here you will find several hiking spots, each unique as the other but the most challenging one can last up to 7 hours which includes cliff climbing. The sides of the cliffs go up to 100 meters. I highly recommend going out to this place and follow the end of the canyon, at least, if you are looking to take the perfect photo.

And since you will be in the neighborhood, might I suggest you find time in your busy schedule to go see Hljóðaklettar, the English translation being “Echo Rocks”.

Even for Iceland, these majestic rock formations are very special and rare. If you are amazed already, brace yourself. These rock formations must share the place with lots of caves and rock castles along with columnar basalts which truly satisfies your adventurous side.

Hljóðaklettar got its name due to the strange sounds and reverberation it creates.

Last but certainly not least, we have Húsavík. Húsavík is the oldest town in Iceland and is called the Capitol of Whales as it is known for its magnificent whale tours. You can find over 20 different whale species including the blue whale.

Besides finding them in the ocean, you can easily spot them at The Húsavík Whale Museum. There you can gaze at a 22-meter monstrosity of a skeleton of the blue whale along with many others. Go see for yourself!

You can also find the breeding grounds of Lundi, the national bird of Iceland.

Might I suggest this as the first stop in your Diamond Circle adventure because there simply is not much more to see? There is a grocery store where you can stock up on food and you will also need to fill the gas tank at the nearest gas station because you never know where these roads might lead you.

What necessities should you bring?

Before braving into the spectacular Diamond Circle and its many popular tourist destinations, you will need a few things to bring along.

What you will need is warm and waterproof clothing. The majority of the time will be spent outside, and the Icelandic weather is well known for its bipolarity. One minute it is sunny, and all is good, and the next all hell breaks loose.

I recommend bringing a few layers of clothing. Layering socks is not a bad idea either as the cold will pierce through anything. Good hiking boots will also help make this trip go smoothly.

Food might be difficult to come by as there are no towns nearby. I would recommend stocking up on food, make lunch, bring some snacks, maybe, and do not forget water! If you find a running river, do not hesitate to fill up your water bottle as the water is squeaky clean.

Last, in order but of no importance, bring your camera.

As the enchanting nature lures you into itself, taking a photo or a million will be irresistible. You are definitely missing out on this must-see attraction if you only restrict yourself to the Reykjavík area.