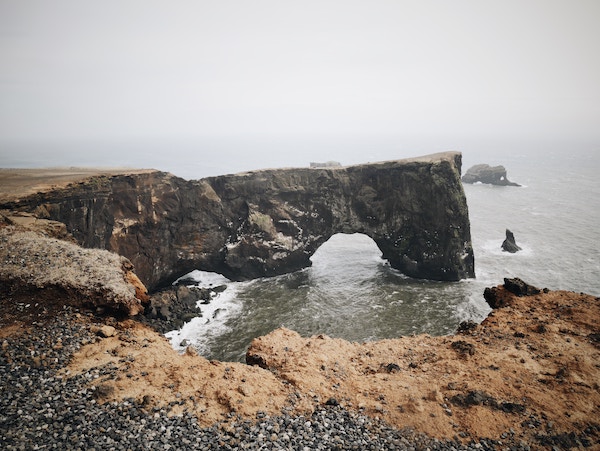 Many people adore the Island south coast, and it can easily become your favorite region to explore during your trip. South Iceland isn’t far from the capital city (it’s only a couple of hours if you’re driving in Iceland). Despite that, when you’re travelling in Iceland, and you’re on the south coast, you’re still going to feel as if you are in the middle of the wilderness.

If you choose to rent a car in Iceland, you’ll have the opportunity to see a beautiful waterfall that will be followed by a glacier that is 4,000 years old, then you’ll see a black sand beach – yes, you’ll see all of this all in one day. Honestly, there is a lot of natural diversity scattered throughout, all in one small area.

While you’re on a tour of Island, we recommend dedicating at least a couple of days to exploring the Iceland south coast. To save you some time, we are going to tell you about some good places to get started …

You can find Gljufrabui waterfall beautifully tucked away behind a big crack in a rock. You’ll need to take a walk through a small cave in order to get to the fall, but the walk is well worth it. Once you have made it through the cave, you will be greeted by rock walls that are beautifully covered in moss and water gently crashing into the pool beneath you. Since not many people know about this area, there is a good change that you will be the only visitor going inside of the cave. For an amazing photo and some refreshing fresh glacial mist, climb up to the top of the boulder.

This is an area that is well known by tourists, and while you’re traveling in Iceland, you won’t want to drive past it. At Reynisfjara, there’s a beautiful black sand beach that is definitely a must see. The National Geographic ranked Reynisfjara on the top 10 list of the most beautiful non-tropical beaches in the world. The sand that is on the beach is black because of the crushed volcanic rock. To the east of the beach, you’ll see a wall of basalt columns – those columns are naturally cooled into amazing hexagonal columns. In the area, you’ll find Black beach restaurant, which is a great place for you to go for a nice lunch.

When you’re done with VIK, get in your rental car and head over to a little place called Dyrholaey Arch. This area isn’t all that far from VIK, and it is really stunning. There’s Dyrholaey, which is an arch made of volcanic rock. For those of you that are wondering, in Iceland, the name “Dyrholaey” can be translated into “hill island with door hole,” which is really interesting, because that’s exactly what it is – it is an oceanic archway that has been naturally formed.

You can take a short walk (the walk is fine for people of all ages and physical abilities) up to the point of the arch and take some nice pictures. Once you have made your way to the top, you will be able to see the Myrdalsjokull glacier, and to the far east, you’ll see the Gerduberg basalt columns. We recommend you visiting this area during the late afternoon, because that is when cloud cover isn’t as intense.  Beware of the waterfront as the waves can reach high on the beach. Accidents have happened there so please be careful.

Vik is a beautiful place located along the seaside – it is the southernmost town in Iceland. It’s a great place to make a stop at when exploring different options that are on this list. Vik is also a good place for you to go to in order to stock up on some supplies due to the fact that they have amenities, such as food and gasoline in the area.

While on Iceland south coast, you need to get a good rental car in Iceland, because driving in Iceland will make the trip so much better. Trust us on this one, there is so much for you to take in all at once.